Ormskirk West End FC fully support The FA’s Respect programme to address unacceptable behaviour in football on and off the pitch.

To ensure it is supported by all members of the club we have produced our own code of conduct, based upon The FA’s guidelines which is given to every player, coach and parent.

Code of Conduct
Code of Spectators
Code of Officials 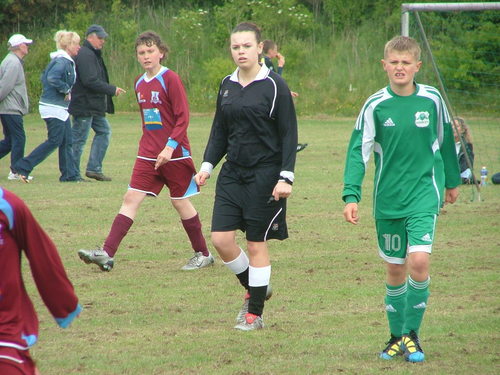 On average, thousands of referees quit football every year because of the abuse they receive from players and from the sidelines. Lots of children also pack it in because of the attitude and actions of over-enthusiastic and pushy parents.

The FA’s Respect programme provides a series of tools for leagues, clubs, coaches, Referees, players and parents from grassroots to elite football to ensure a safe, positive environment in which to enjoy the game.These tools include agreed codes of conduct, in-service training for Referees, Respect club packs, designated spectator areas and ensuring captains work with referees to manage player behaviour.

The FA has also launched a free online Respect Parent Guide to highlight examples of poor behaviour and, more importantly, how it can be improved. The latest campaign in the Football Association’s Respect programme aims to help further reduce levels of anti-social behaviour both on and off the pitch. The hard hitting ‘Are you Losing it?’ campaign targets abusive grassroots players and parents, and encourages disaffected team-mates and spectators to put a mirror up to those most in need of a wake up call for their bad behaviour.